By Patti Spencer-Yost on November 15 in business

The BDA would like to thank everyone that joined us at the Coleman P. Burke Gallery to celebrate the 30th Anniversary of Fort Andross. Both Coleman Burke and Anthony Gatti, III engaged us with their stories of the on going revitalization process of Fort Andross. 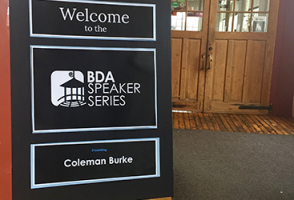 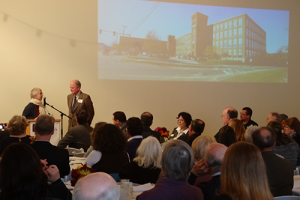 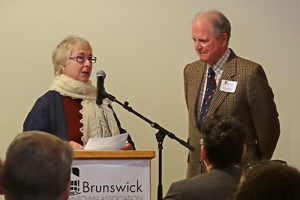 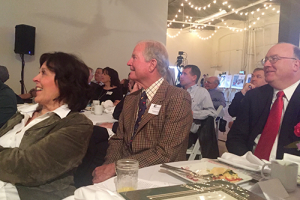 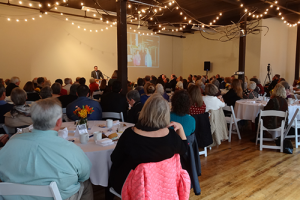 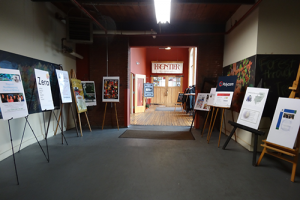 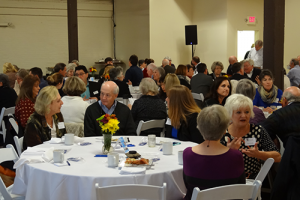 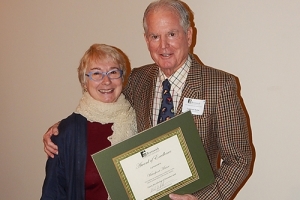 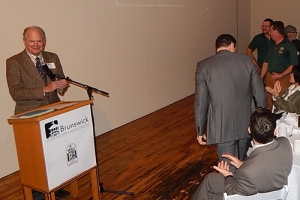 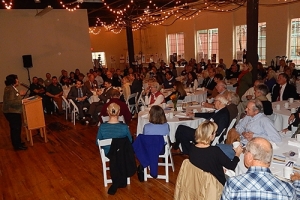 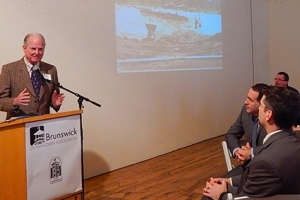 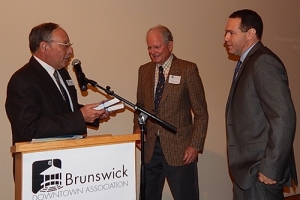 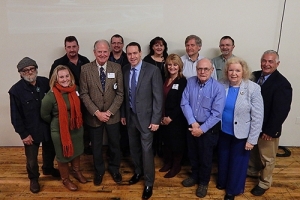 Fort Andross – 30 Years of  Revitalization
The Vision of  Coleman Burke

Please join us for a public celebration of the 30th Anniversary of the revitalization of Fort Andross. In 1986, when the Fort had fallen into disrepair, Coleman Burke purchased it at auction and has spent the past 30 years restoring the complex. Today, Fort Andross is a first class business center housing over 80 small businesses and attracting an array of amazing talent.
The Fort thrives and serves as an anchor for downtown Brunswick. This event will honor Coleman Burke and allow the audience to learn the history behind the enormous revival of this 495,000 square foot business center.

Coleman P. Burke, of New York, NY, is the founder and Managing Partner of the Waterfront Companies, a commercial real estate company situated in four states: New York, Massachusetts, Maine, and Colorado. He has spent 40 years on environmental matters, serving on the Leadership Council of the Yale School of Forestry & Environmental Studies, as a director of The National Forest Foundation, and as a trustee of The Woods Hole Oceanographic Institution, among others.

Prior to founding Waterfront Properties, Mr. Burke was a partner at the law firm of Burke & Burke for 13 years. He is a trustee of both the Woods Hole Oceanographic Institution and the National Forest Foundation. Mr. Burke serves on the Science Committee of the New York Botanical Garden and is a member of the Leadership Council of the Yale Institute for Biospheric Studies, the Yale School of Forestry and Environmental Studies and the Peabody Museum.

He is the Founder of The Susan and Coleman Burke Foundation. He is an avid dinosaur bone hunter and a fly fisherman, camping in the wilds of Argentine Patagonia and the American West. He is fascinated by condors in the Andes and by migratory birds, especially Ospreys, which he tracks to South America from Nantucket and from New York City’s Jamaica Bay. As a member of the Explorers Club, he has led two flag expeditions for dinosaurs in the Santa Cruz Province in Argentina and explored rivers in Tierra del Fuego.