By uuchurchbrunswick on October 26 in Art / Culture

Pop/Jazz/Blues phenom Suede will bring her blend of warmth, wit, and musical artistry to the Brunswick Unitarian Universalist Church on October 26th at 7:30 pm as part of the Concerts for a Cause series. Two-thirds of all monies raised from the 2019-20 Concerts for a Cause Series will be donated to 2 local charities: Tedford Housing and Oasis Free Clinics.

Suede has been a headliner with Melissa Etheridge and Sarah McLachlan and was also Joan Rivers’ opening act. Imagine a cross between Adele, Diana Krall and Bette Midler and you’ll have some idea of Suede’s powerful presence, musical talents, and well-honed skills. Suede plays piano, guitar and trumpet, but voice is her first instrument, and entertaining is clearly her first love. 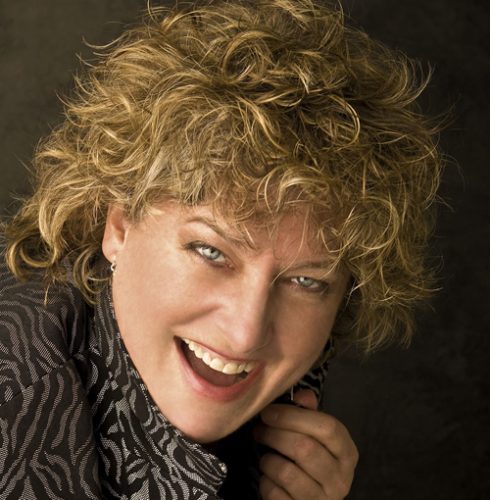 If Suede doesn’t fit the mold of your typical jazz singer, it’s be-cause of her eclectic repertoire. Her recordings and shows not only include jazz, blues, and swing, but also rock and roll, popular standards, and showtunes. Her early influences have been incredibly varied from the Dukes of Dixieland, Billie Holiday Lena Horne, Sarah Vaughn, Pearl Bailey and Louis Arm-strong to James Taylor, Crosby Stills Nash and Young and the Rolling Stones.

Suede calls Cape Cod home but tours nationally and internationally all year filling the best venues from Boston and New York to San Francisco to New Zealand. She has appeared on ABC’s 20/20, NPR, MTV, and in the film “A Simple Matter of Justice”. Her PBS fundraiser “Suede, Live at Scullers Jazz Club” has aired on over 50 stations nationally. She also holds the dis-tinction of being the first and only female member of the world renowned a cappella group The Flirtations, seen in Jonathan Demme’s film “Philadelphia”. Her CD “On the Day We Met” features “Emily Remembers”, which became the number 1 song of the year on WJZW jazz radio in Washington, DC.

When the late great Bea Arthur (“Maude”) saw Suede perform, she told her, “Thank you for the most f#!*ng incredible night of my life in an audience. You are to die for.”

Tickets: $30 in advance, $35 at the door, $10 students/children. Available at the church office, Gulf of Maine Books, or online at suede.brownpapertickets.com