By uuchurchbrunswick on October 5 in Art / Culture

UUCB Concerts for a Cause:  SLAID CLEAVES 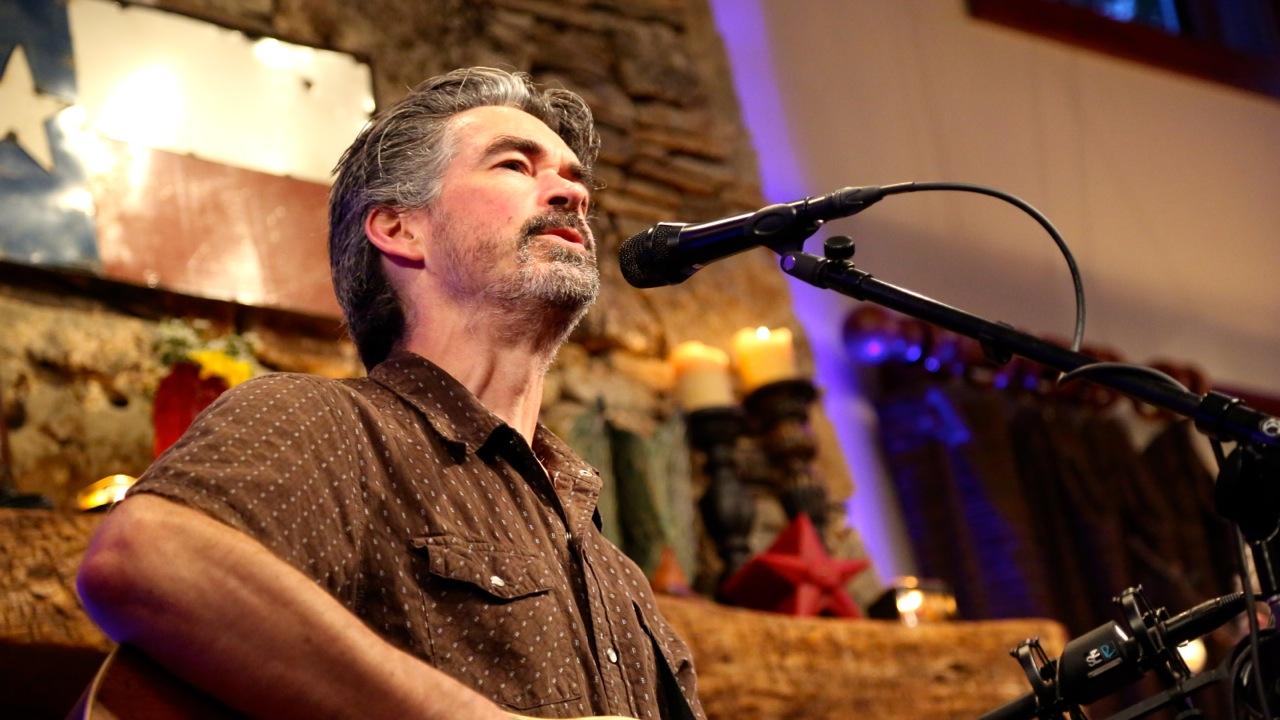 Cleaves, who grew up in South Berwick, started playing music in local garage bands as a teenager, then went off to Tufts University to major in English and philosophy.  During his junior year abroad in Ireland, he honed his guitar and vocal skills and, in his free time became a busker—a street singer, playing the songs of his favorite musicians such as Woody Guthrie, Johnny Cash, and Bruce Springsteen, He also began to write some of his own songs.

After college, Cleaves became part of the Portland music scene where he quickly built a local fanbase, both as a solo act and with his band The Moxie Men.  His acoustic career took off after he moved to Austin, Texas in 1991, and he rose to national prominence in 1997 upon the release of his national debut, No Angel Knows. He has achieved national success with all his subsequent albums, 14 in all. In 1992, he was a winner of the prestigious Kerryville Folk competition.

Now twenty-seven years into his storied career, Cleaves’ songwriting has never been more potent than on his newest album Ghost on the Car Radio. The characters in Slaid Cleaves’ songs live in unglamorous reality. They work dead-end jobs, they run out of money, they grow old, they hold on to each other (or not), and they die. With an eye for the beauty in everyday life, he tells their stories, bringing a bit of empathy to their uncaring world.

Cleaves’s voice is a clear tenor with a hint of grit. He has combined his passion for folk, blues, and traditional country music into an amalgamation of styles known as Americana.

Rolling Stone called Cleaves “a master storyteller, one influenced not by the shine of pop culture but by the dirt of real life.”

$25 in advance, $28at the door, $10 students/children. Available at the church office, Gulf of Maine Books, or online at https://cleaves.brownpapertickets.com/.