Unitarian Universalist Church of Brunswick, Corner of  Pleasant and Middle Streets, Brunswick (across from the library) 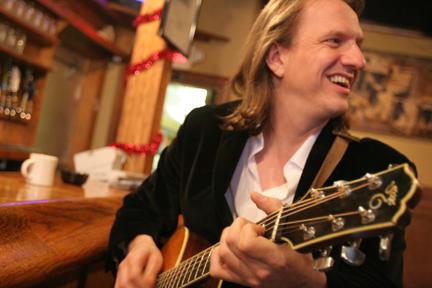 Saturday, 3/12/15 7:30 pm
One of Maine’s most popular and lauded singer-songwriters, Ellis Paul, will be bringing his music and storytelling to the Brunswick Unitarian Universalist Church on March 12th at 7:30 pm. The UUCB Concert Series raises money for the UUCB Church and local non-profits.

Paul is a key figure in what has become known as the Boston school of songwriting, a literate, provocative and urbanely romantic folk-pop style that helped ignite the folk revival of the 1990’s. Not only has Paul won 14 Boston Music Awards, but he has published a book, played thousands of shows and released over 16 albums. His pop music songs have appeared in movies and on television, bridging the gap between the modern folk sound and the populist traditions of Woody Guthrie and Pete Seeger.  Last year Paul was invited to give the commencement address at the University of Maine and was given an honorary doctorate.