By uuchurchbrunswick on January 28 in

The UUCB Concerts for a Cause series presents singer-songwriter David Mallet, one of America’s true troubadours on Saturday, January 28, 2017 at the Unitarian Universalist Church of Brunswick, 1 Middle Street, Brunswick.

David Mallett hails from a small town in northern Maine, and in a career that spans four decades, his music has traveled to all corners of the world. His songs have been recorded by more than 150 artists, including Pete Seeger, Alison Krauss, John Denver, Emmylou Harris, and even the Muppets, and his “Garden Song” has become an American folk classic.

He has performed in town halls and folk clubs across America and Europe in addition to major venues such as Barns of Wolf Trap, Newport Folk Festival, and “Prairie Home Companion”. The Bangor Daily News recognized him as one of the 58 most memorable Mainers of the 20th Century. The readers of FOLKWAX (www.folkwax.com) voted him 2003 Artist of the Year and “Artist in Me” 2003 Album of the Year. He has recorded 14 albums, including “The Fable True” (2007), based on Thoreau’s last expedition in 1857, a spoken word CD with accompanying music.

“Few people could be called the living embodiment of the state where they live.  But what Garrison Keillor is to Minnesota, Mallett is to Maine.” – Orlando Sentinel

Tickets are $22 in advance, $25 at the door.  Available at the church office (729-8515), Gulf of Maine Books, or online at http://davidmallett.brownpapertickets.com.  Monies raised from the concert will benefit the programming of the church and local charities. 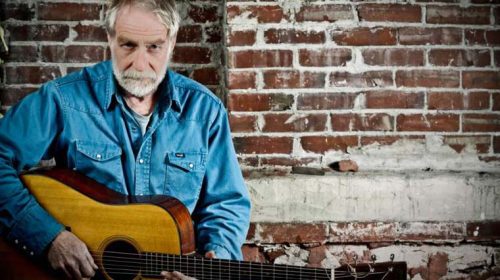