The Grizzlies is a 2018 Canadian sports drama film, directed by Miranda de Pencier. Based on a true story, the film depicts a youth lacrosse team that was set up to help combat an epidemic of youth suicide in the community of Kugluktuk, Nunavut.

The film premiered at the 2018 Toronto International Film Festival. In October 2018, de Pencier won the Directors Guild of Canada award for Best Direction in a Feature Film. The film was theatrically released in Canada on April 19, 2019 by Mongrel Media. 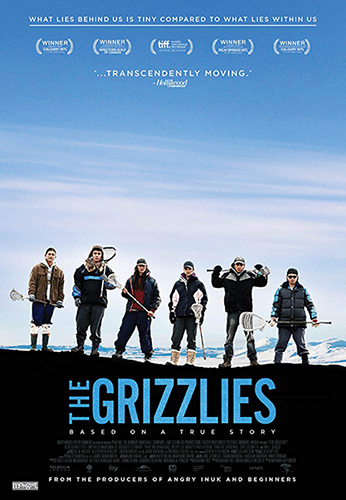 This performance is free and open to the public.

Sponsored by: The Peary-MacMillan Arctic Museum & Arctic Studies Center. Made possible by a gift from Rebecca J. Rowe ’97, and is part the Arctic Museum’s Environmental and Social Justice Lecture Series.