By Michael Gil Gilroy on April 6 in Art / Culture

“The Guide,” an award-winning 2014 film from Ukrainian director Oles Sanin, is opening in multiplexes across the U.S. on Friday with box-office proceeds going to the Human & Civil Rights Organizations of America’s Ukraine Relief Fund.

The movie, selected as the Ukrainian entry in the foreign-language category at the Academy Awards in 2015, has direct parallels with what’s going on currently as the story revolves around the friendship between an American boy and a blind minstrel in 1930s Ukraine when millions in the region were being starved to death by Stalin’s Soviet Union.

Sanin, under lockdown somewhere in Kyiv, has added an introduction to the film which is unrated but contains some graphic wartime violence. That introduction can be found here: https://www.youtube.com/watch?v=7ea5wsqA6xI&t=2s

Description
An American boy Peter and blind musician Ivan are thrown together by fate amidst the 1930’s Russian subjugation of Ukraine. The “Terror Famine” of the 30’s is incredibly current given the attempts of Russia to once again crush the independence and freedom of their Ukrainian neighbor. 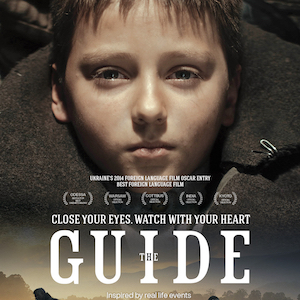