Israeli artist, Adi Nes, will discuss his personal artistic language, accompanied by images of his work. He will touch upon issues related to hidden layers in his photographs, the use of canonical icons and social ideas ascribed to them, staged photography which creates reality as opposed to photography which usually reflects reality, and the various faces of Israeli identity. 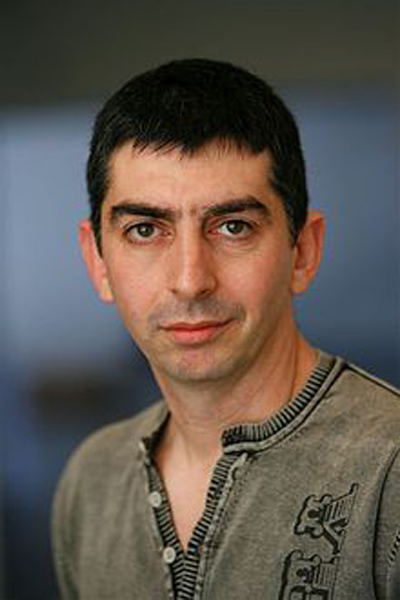 Adi Nes is one of Israel’s most prominent photographers. Since his graduation from the Bezalel Academy of Art and Design, Jerusalem (1992), his works have been presented in numerous solo and group exhibitions in Israel and abroad, achieving great recognition and success.  Nes’s body of work includes five main series to date: Soldiers (1994-2000), Boys (2000),Prisoners (2003), Biblical Stories (2004-2007) and The Village (2012) . His creations have won various prestigious awards, including the Anglo-Israeli Photographic award (1993), the Education, Culture & Sport Minister’s Prize for Artists in the Visual Arts (1999), the Gottesdiener Foundation Israeli Art Prize, Tel Aviv Museum of Art (2000), and the Constantiner Prize for Photography (2003).

Nes’s large scale and multi-layered color photographs, executed with meticulous light and print qualities, draw inspiration from his personal biography, as well as from collective Israeli memory and universal art history. His works correspond with famous pieces from the art canon, as well as with contemporary photography, mythologies, film, media and journalism, fashion, and more. Nes diverts these borrowed images towards new contexts, thus creating a new and critical look at contemporary reality.