Matthew Henson spent years exploring the Arctic with Robert E. Peary and in 1909 he was the only other American to stand with Peary at the North Pole. Henson was excluded from receiving the many honors showered on white members of the expedition. Only near the end of his life did Henson received recognition for his remarkable career as an Arctic explorer. This exhibit is in conjunction with the AF/AM/50 celebrations, celebrating fifty years of Africana Studies, the African American Society, and the John Brown Russwurm African American Center.

Photograph by: Donald Baxter MacMillan, Matthew Henson on Deck by Sledges, aboard the S.S. Roosevelt at Battle Harbour, Labrador, September 1909. Gift of Donald and Miriam MacMillan. 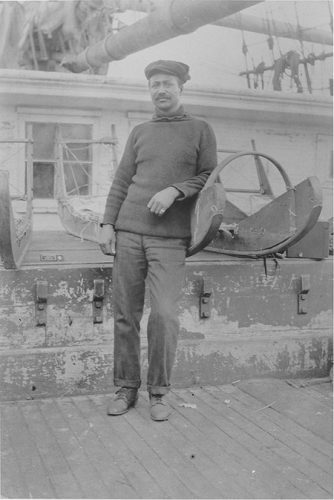