Erica Brown and The Bluegrass Connection is a five piece band featuring some of the finest musicians in New England. They incorporate music from the traditional bluegrass repertoire, French Canadian fiddle music as well as original songs.

Erica Brown started playing the fiddle at the age of six and has been performing since the age of nine, traveling throughout New England, Canada and Louisiana. She has won numerous fiddle contests in New England as well as Canada. Erica was the recipient of a Maine Arts Commission Traditional Arts Apprenticeship in 2006 and is now recognized as a Master of Traditional Fiddling by the Maine Arts Commission. Erica brings a special energy and style to the Maine music scene. Her band, The Bluegrass Connection, is comprised of some of the finest musicians in New England. Matt Shipman on guitar, Steve Roy on mandolin, Read McNamara on banjo and Ken Taylor on bass. Performance highlights include opening for Grammy Award winning country music superstar, Dwight Yoakam, as well as Grammy Award winning bluegrass performer, Ricky Skaggs and Kentucky Thunder. 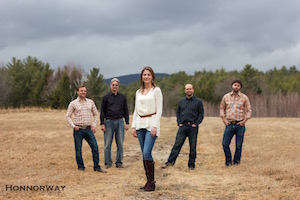 Live in the Lounge: Spring 2017
Ounce of Prevention: Nutrition for Living Stronger