By Patti Spencer-Yost on July 24 in Art / Culture

This Happy Hour will also feature a recorded excerpt from the Arlan Baillie Steinway Series, performed in February 2020.  Lucas and the DSQ!

Please join us for all our weekly offerings online.  On Wednesday evenings at 7pm, we post digital content on our youtube channel, and we are available for live chat.  Sometimes a member of the Quartet will post a short film highlighting a piece that they are working on, or playing a piece they have longed to revisit.  Some weeks will highlight filmed excerpts from a past concert.  Every Wednesday is sure to be a treat!

Join us for Happy Hour Fridays!  Every Friday at 5pm we gather together (virtually) to chat about music, listen to each other’s plans, or discuss upcoming events.  We often welcome special guests to our Happy Hour discussion.  It could be an old friend, or a special guest artist who is working with us to reschedule 2020.  Maybe a blast from the past or a sneak peek of the future!  Don’t miss it – make sure you are on our email list to get info about these Zoom Happy Hours.

Feel free to contact our Executive Director, Lisa Westkaemper, at 207-315-7105, or lisa@daponte.org Check out our website at www.daponte.org.

GRAMMY award-winning conductor Lucas Richman has served as Music Director for the Bangor Symphony Orchestra since 2010 and held the position as Music Director for the Knoxville Symphony Orchestra from 2003-2015. Over the course of nearly four decades on the podium, he has garnered an international reputation for his graceful musical leadership in a diverse field of media. In concert halls, orchestral pits and recording studios around the world, Richman earns rave reviews for his artful collaborations with artists in both the classical and commercial music arenas. 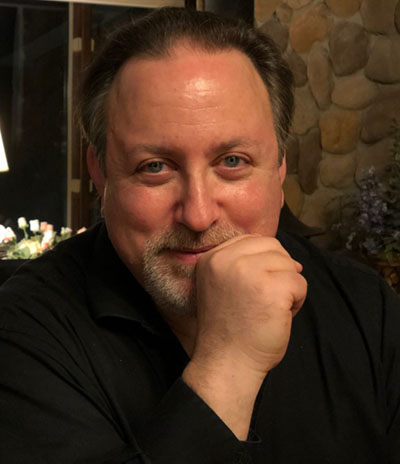 Mr. Richman’s numerous collaborations with film composers as their conductor has yielded recorded scores for such films as the Academy Award-nominated The Village (with violinist, Hilary Hahn), As Good As It Gets, Face/Off, Se7en, Breakdown, The Manchurian Candidate, Kit Kittredge: An American Girl and Flatliners; in 2010, John Williams invited him to lead the three-month national summer tour of Star Wars in Concert. Recent recordings he has led from the podium include Symphony of Hope: The Haiti Project (a project from within the film music community that has generated over $200K in donations), Noel Paul Stookey’s recent solo release One & Many, and Marvin Hamlisch’s final score, written for the Emmy Award-winning HBO movie, Behind the Candelabra.