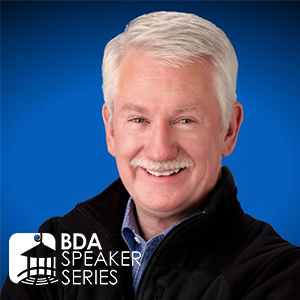 Bill Green has worked in the television industry for four decades. Join us for highlights of feature stories that he has shared on WCSH TV6 during 15 years of “Bill Green’s Maine”.
_____________________
Bill Green is a lifelong Mainer. Born in Bangor (1953) he was educated in Bangor schools (Bangor High 1971) and the University of Maine (1976). As a freshman at UMaine, he worked as a cameraman at WLBZ 2 on Eddie Driscoll’s “My Backyard” and “Dialing for Dollars” shows.

Bill recalls, “The first night I worked, March 17, 1972, I was asked to stay late and run camera for the news. As they played the opening music, and the camera light came on, I remember thinking, I’m going to do this until I’m 65.”

Bill debuted as a sportscaster on WLBZ 2 in 1975. He moved to Portland in 1981 where he anchored weekend sports statewide on WCSH 6 and WLBZ 2. During this period, Bill began to flourish as a feature reporter and developed an expertise in recreation and the outdoors.

In 1993, Bill came off the anchor desk to produce feature stories and documentaries, including 10 documentaries on Maine and the environment under the banner “Color Me Green,” in addition to his weekly features, “Green Outdoors” and “My Hometown.”

In 2000, Bill Green launched an original series, “Bill Green’s Maine.” This program airs Saturdays at 7:00pm and has become the most-watched show in its time period. Among his many interesting life experiences which include climbing Katahdin three times, parachuting and SCUBA diving, Bill was a bone marrow donor to a young girl who lives Michigan. He is also a Registered MaineGuide. Bill and his wife Pam reside in Cumberland. They have two children, Sam and Emily.

For further information call the BDA at 729-4439. Register for the BDA Speaker Series. BDA Speaking Events are open to the general public. Space is limited and an Pre-Registration is required. Please arrive early for all events to ensure seating. Walk-ins will be allowed, pending seating availability.

Thanks to the generous support of our Speaker Series sponsors: