By Patti Spencer-Yost on April 5 in BDA EVENTS 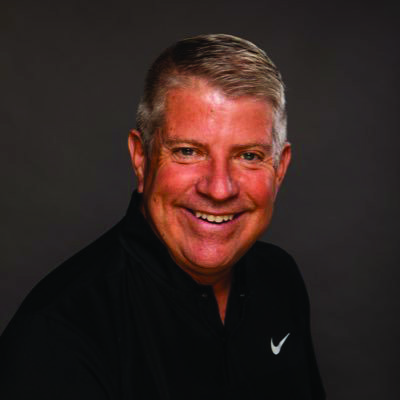 Dale Everett Arnold is a New England sportscaster, host of Boston Bruins broadcasts on NESN and co-host of talk radio shows on WEEI. He was the Bruins’ play-by-play announcer on NESN, the only pe

rson who has done play-by-play broadcasts for all five of the Boston area’s major professional sports franchises. Arnold grew up in Maine and attended Brunswick and Mt. Ararat High Schools prior to attending Bowdoin College.Dale Arnold is the co-host of the Dale & Holley Show on WEEI and host of Boston Bruins hockey on NESN. He is a two-time Emmy Award winning sportscaster and the only person to do play-by-play for all five Boston teams. Now an author, he will be signing copies of his first book “If These Walls Could Talk Bos­ton Bruins”. As a longtime broadcaster for the team, he has witnessed more than his fair share of that history up close and personal. Through singular anecdotes only Arnold can tell as well as conversations with current and past players, this book provides fans with a one-of-a-kind, insider’s look into the great moments, the low­lights, and everything in between. Bruins fans will not want to miss this book.

Career
A Bowdoin College alumnus, Arnold began calling games for the school teams while a student there in the mid-1970s. In 1979, he succeeded Mike Emrick as the voice of the Maine Mariners. He joined the New Jersey Devils with Doc Emrick as their radio announcer in 1986, before returning to New England two years later. Dale also hosted a weekend show on WFAN with The Mad Dog Chris Russo to discuss Greater New York City Sports. Arnold called New England Patriots games from 1988–90, and provided play-by-play coverage for Bruins home games from 1995-2007. In July 2007 he was replaced by former ESPN sportscaster Jack Edwardsas Bruins play-by-play telecaster.

Arnold has been with WEEI radio since its inception in 1991 at 590 kHz, then as Sportsradio 850, then moving to WEEI-FM with other locally produced programs. He first hosted a late-morning show from 10 AM to 1 PM, before being teamed up with Eddie Andelman on a show called the A-Team. After Andelman’s departure from WEEI in 2001, he was paired with former television sportscaster Bob Neumeier on the Dale & Neumy Show. After Neumeier left the station in 2005, Arnold paired with former Boston Globe columnist Michael Holley on The Dale & Holley Show from 10 AM to 2 PM.

On February 28, 2018, the show was renamed the Dale and Keefe show after long time co-host Michael Holley announced at the 5 o’clock hour that he would be leaving WEEI immediately after the show to pursue a full time television role with NBC Sports Boston.