By Michael Gil Gilroy on October 18 in Art / Culture 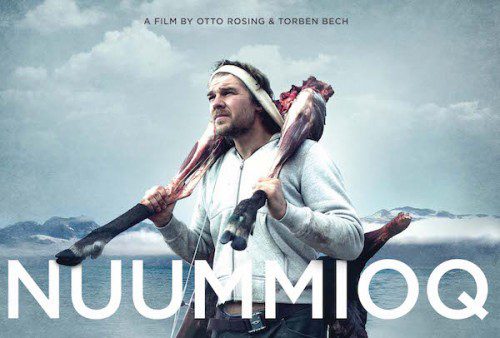 Over the coming months the Peary-MacMillan Arctic Museum will screen films featuring indigenous filmmakers and actors telling stories rooted in their own experiences but with universal relevance. Through a combination of these contemporary Arctic feature films and documentaries, we hope to bring both the wonders and challenges of life in the contemporary Arctic to viewers, and to open up conversations about this increasingly important part of the world.

Nuummioq tells the story of a young man’s odyssey from mundane existence into an acute sense of the sacred. Like most regular guys in the tiny capital city, Malik works, cavorts with buddies, and fools around—toggling between Danish and Greenlandic languages. All at once, when he discovers he’s very ill, mortality intrudes. Keeping the news to himself, Malik accompanies his cousin on a boat trip. What begins as an unremarkable outing becomes a transcendent journey at the edge of the world as he grapples with his elusive past and tunes into the present.

So breathtaking and luminous is Nuummioq’s landscape that you can almost feel the brisk air oxygenating your lungs. The tender play of shadow and light on the characters’ faces seems to suggest that we’re only a flicker in nature’s vast radiance; but during our short time here, there’s family, tradition, and maybe even love.