By Anita Ruff on March 11 in

Join us for an afternoon of outstanding music by local musicians to benefit the Oasis Free Clinics.

Tickets are $15 in advance, $20 at the door.  Buy your ticket online at www.tinyurl.com/AMusicalOasis or at Gulf of Maine Books and VinylHaven Records in Brunswick or Now You’re Cooking in Bath. 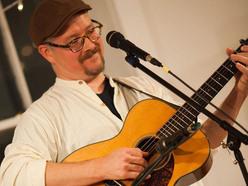 Jud is a little bit like a one-man folk festival. You’ve got your banjo picking, your Irish drinking songs, a rack of acoustic instruments, and a deep catalog of award-winning originals. He’s often compared to James Taylor and David Wilcox, but his songs draw on a long musical history and wide-ranging influences from jazz and Piedmont blues to contemporary folk and rock.

Jud is a lifelong musician, but it wasn’t until 2004 that he was able to pursue music full-time. By 2008, Jud had made a name for himself on the national folk circuit, playing folk festivals from Texas to Oregon and winning some of the best songwriting contests in the country. His 2007 release “Blackberry Time” was a folk DJ favorite.

Since that time, Jud has continued to work as a performer, teacher and recording engineer. With the new CD, he is beginning to tour again, with dates booked in the mid-Atlantic and the northeast and more in the works. He is grateful, as always, to be making a living in music while making a life in Maine.

Soaring Harmonies and passion for the music best describes a performance by Cilantro, the Duo. Margot Frost and Earl Bigelow execute intricate and impressive guitar work as they sing their thoughtful and personal original songs mixed with a wide range of popular music.  Standards like Misty and Look of Love to the classic Golden Slumbers medley from the Beatles White Album come alive with their performance.

They live in Bowdoinham where Earl is owner and operator of Watersong Music, a recording studio and teaching/performance space. Margot is an Advanced Eagala Certified Equine specialist and co owner of Healing Hooves LLC in Bowdoinham. The pair also heads up Band Cilantro, which consists of five pieces that can be seen and heard all over Maine in the summer months.

Kat has been perfor 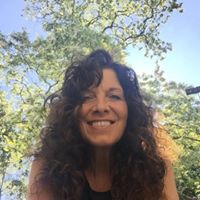 ming music all of her life and was trained and has a musical degree as an organist.  But her real love is singing folk music.  She sings like an angel and plays the accordion, as well as the guitar, piano, banjo and a portable pump organ. 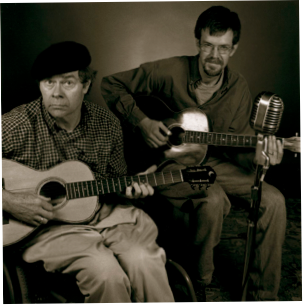 Red Beans & Rice is a loose affiliation of two — a (mostly) acoustic duo playing an entertaining and engaging mix of blues, old and new.  Mr. Rice (Carter Ruff) plays slide guitar and has been known to howl at the moon.  “Red” Beans (Dave Hunt) is a gentler fellow with a touch on the guitar that is sweetly complex, and a voice as smooth as butter on a slow burn.