By John Briley on June 4 in

The Brunswick Naval Museum and Memorial Gardens and Flight Deck Brewing will co-host a 75th Anniversary Commemoration of the Battle of Midway on Sunday, June 4th from 11:00 a.m. to 5:00 p.m. The Battle of Midway turned the tide of World War II in the Pacific toward victory for the U.S. and its allies. A PBY “Liberator” from Patrol Squadron FORTY-FOUR was the first U.S. aircraft to spot the Japanese fleet approaching Midway Island. After the war, VP-44 made its home at Brunswick Naval Air Station (now Brunswick Landing), where both the museum and Flight Deck are located. 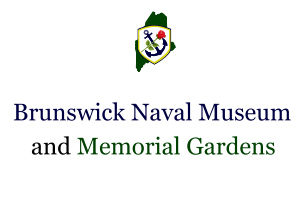 Please join us to enjoy some fine food and beverage against the backdrop of a vintage World War II movie and exhibit and the rich heritage of Naval Air Station Brunswick. A portion of every food + drink purchase will be donated back to the “Wheels Up” Capital Campaign to support the renovation of the Brunswick Naval Museum and Memorial Gardens.

Card Making Kit with Karen Wolfe
How Can I Choose Wisely?